Vocal Function As The Answer To Vocal Expression and Excellence

A hard copy of the Somatic Voicework™ course book for each level will be automatically added to your registration. Coursebooks are $25.00 for each Level.

Somatic Voicework™ is a body-based method of vocal pedagogy that incorporates physical awareness, aural acuity, kinesthetic development and vocal freedom. It is supported by voice science, vocal hygiene and medical information. It promotes technical security, stylistic accuracy and personal satisfaction. It honors the wholeness of healthy vocal use and the individuality of every vocal artist. It was developed to address contemporary commercial music but encompasses all styles. Past participants have come from all vocal disciplines and nearly every state as well as 13 foreign countries. Participants have remarked that the work is different, new, unique, powerful, honest and open-hearted.

The three-tiered course of LoVetri’s method, Somatic Voicework™, is comprehensive but accessible to everyone from singers not yet teaching to those with decades of experience. Vocal function is clearly explained, and the exercises presented are designed to empower teachers to create solutions for a wide variety of pedagogical needs. Since 21st-century music continues to diversify, the need to understand vocal function, vocal health and voice science has never been greater, and new tools are needed to supplement those that were used for the past two hundred years. These tools are found in Somatic Voicework™. There is no special jargon, nothing to prepare, and it avoids any direct manipulation of the structures in the throat. It has the honor of having had 12 nationally recognized laryngologists as lecturers and four highly acknowledged speech language pathologists as faculty over the past decade. The training days are filled with information, demonstration and application balanced with camaraderie, networking and social interaction among participants at all levels.

Jeannette LoVetri is founder and director of The Voice Workshop™, creator of Somatic Voicework™ and creator of the original course for Contemporary Commercial Music Vocal Pedagogy, which for 13 years garnered over 1200 participants from all over the USA and 12 foreign countries.The work is unique, practical and based on voice science, vocal health and vocal function. It has received rave reviews from vocal experts in every discipline and has had a significant influence on vocal pedagogy worldwide. 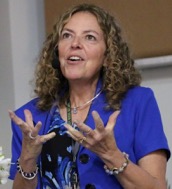 Elizabeth “Betsy” Fiedler teaches music in her own private studio, and is the Director of Music at Holy Family of Nazareth Church. In addition, she is an adjunct faculty member at Mount Wachusett Community College, the Vocal Performing Arts Instructor for the Arts Magnet at Burncoat High School, and is a soloist at local churches, colleges, and with the Greater Gardner Community Choir. Betsy enjoys performing on the stage at Theatre at the Mount and Greater Worcester Opera Company, and sings at local nursing homes. She has recorded 3 CDs of contemporary Christian Music. Her enthusiasm for music spills over into her teaching style and is evident in her performances. She has interest in many types of music from classical and sacred, to music theatre and jazz. Her love of learning has compelled her to seek out additional professional development and course work with the motivation of becoming the best teacher and singer possible. She holds a BS and MM in Music Education, and has completed coursework in Vocal Pedagogy. Betsy is certified in Levels I, II, III of Somatic Voicework ™ the LoVetri Method, and is a member of the National Association of Teachers of Singing, National Pastoral Musicians, and National Association for Music Education. http://betsyfiedler.com 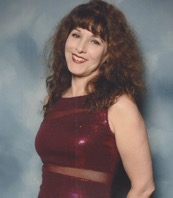 Michelle Rosen teaches musical theatre majors at Tisch School of Drama, New York University and is in demand as a private teacher in her Brooklyn, N.Y. She was assistant professor at Westminster College of the Arts for eight years and was the senior voice teacher at the Grammy-winning Brooklyn Youth Chorus for fifteen years, studio. Michelle holds a master’s degree in vocal performance from NYU and received the Distinguished Voice Professional certificate from the New York Singing Teachers’ Association. Certified in Somatic Voicework™ The LoVetri Method since 2005, she joined the CCM Vocal Pedagogy Institute faculty in 2012. Michelle has enjoyed a performing career in musical theatre and opera and has sung folk music and with a rock band. Professional credits include various settings of “The Phantom of the Opera,” most notably playing Christine in the Lloyd Webber Phantom in Germany. Other credits include Aldonza in Man of La Mancha, Rosabella in The Most Happy Fella, Carrie in Carousel, Jeanie in The Stephen Foster Story, as well as leading roles in such operas as The Medium and Dialogues of the Carmelites. She has appeared in Europe, in New York venues, in regional theatres 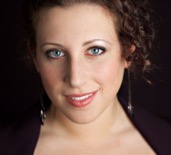 Amanda Chmela received her BFA in Musical Theatre from SUNY Fredonia and her MM in Opera Performance from Binghamton University.  She is a member of NATS, NYSTA, NAfME, The Voice Foundation, and is Certified in Somatic Voicework™, The LoVetri Method.  Ms. Chmela is on the voice faculty at LIU C.W. Post within their Fine and Performing Arts Department and served on voice faculty at Rider University from 2014-2018.  She also maintains a private voice studio on Long Island where she specializes in teaching Contemporary Commercial Music with a strong focus on musical theatre and pop/rock styles.

Ms. Chmela has participated in the Westchester Summer Vocal Institute and is an alumnus of Tri-Cities Opera’s Resident Artist Training Program.  She has been the female vocalist for the Savoy Swing Band since August of 2013. Performance highlights include Lucille in Parade, Anne in A Little Night Music, Nancy in Oliver, Gretel in Hansel and Gretel, Josephine in H.M.S Pinafore, Beth in Little Women, Hodel/Fruma Sarah in Fiddler on the Roof, Alice in Addam’s Family, Mrs. Cratchit in A Christmas Carol, Despina in CosÌ fan tutte, Barbarina in Le nozze di Figaro, Laetitia & Ms. Pinkerton in The Old Maid and the Thief, Fire Cover/Chorus in L’enfant et les sortilege, and Poppea in L’incoronazione di Poppea.
www.amandachmela.com          www.longislandvoicelessons.com

END_OF_DOCUMENT_TOKEN_TO_BE_REPLACED 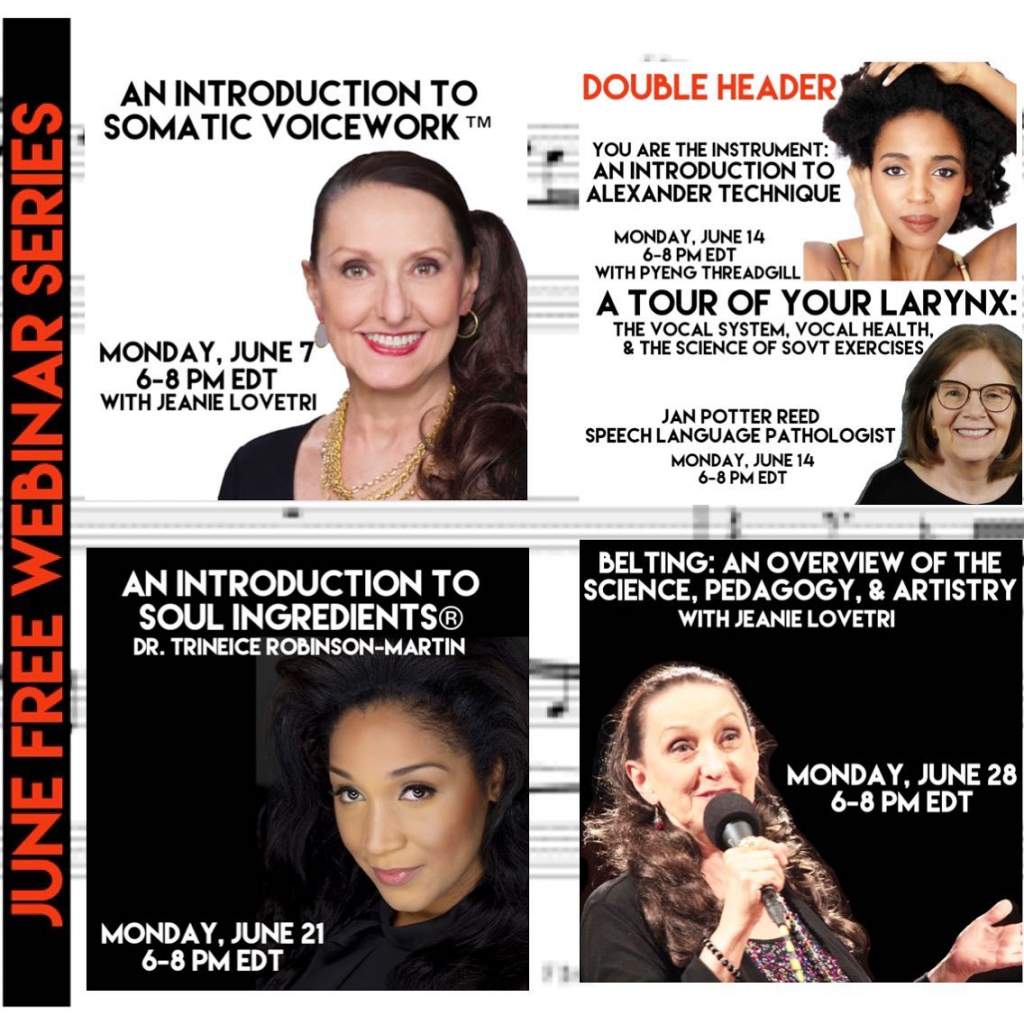 We are so excited to announce a completely FREE webinar series running each Monday in June from 6:00-8:00 PM EDT.