Jeannette LoVetri, or “Jeanie,” is one of the most recognized singing teachers in the world. Jeanie has lectured at medical centers both here and in Germany, (at the request of laryngologist Dr. Marcus Hess, ENT), and was a consultant under Dr. Peak Woo, (ENT) at the Grabscheidt Voice Center of Mt. Sinai in NYC. She taught for 10 years at NYU at both Tisch and Steinhardt Schools and has often been a presenter and panelist at the Pan European Voice Conferences in Copenhagen, Prague, Ghent and London.

She was keynote speaker at the University of Michigan medical center conference on the professional voice and has presented workshops and research at  the Voice Foundation’s Symposium in Philadelphia, and is on their Advisory Board. She was also a panelist for the Fall Voice Conference in Scottsdale, AZ. Jeanie has a chapter in The Performer’s Voice edited by Michael Benniger, MD, (ENT) and Dr. Thomas Murry, PhD (SLP) and has published multiple research and pedagogy papers in both the Journal of Voice and the Journal of Singing.

She has twice been named a Master Teacher by the National Association of Teachers of Singing and is a recipient of the Van Lawrence Fellowship, as well as a lifetime achievement award from the NY Singing Teachers’ Association and a citation from Dr. Mara Behlau’s Centro Estudos da Voz in Sao Paulo. She is a member of the elite American Academy of Teachers of Singing.

Her students have been on Broadway since 1980 including Tony-nominated Broadway leads, and are also Grammy winners. In June she will mark 50 years of teaching singing. 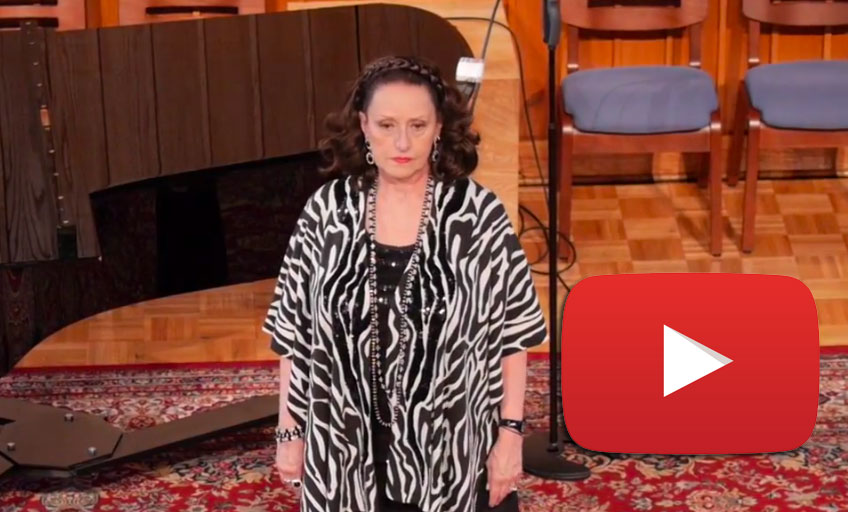 Live recording, made on July 18, 2015, at Shenandoah Conservatory in Winchester, VA. Click here for More Videos and Comments.